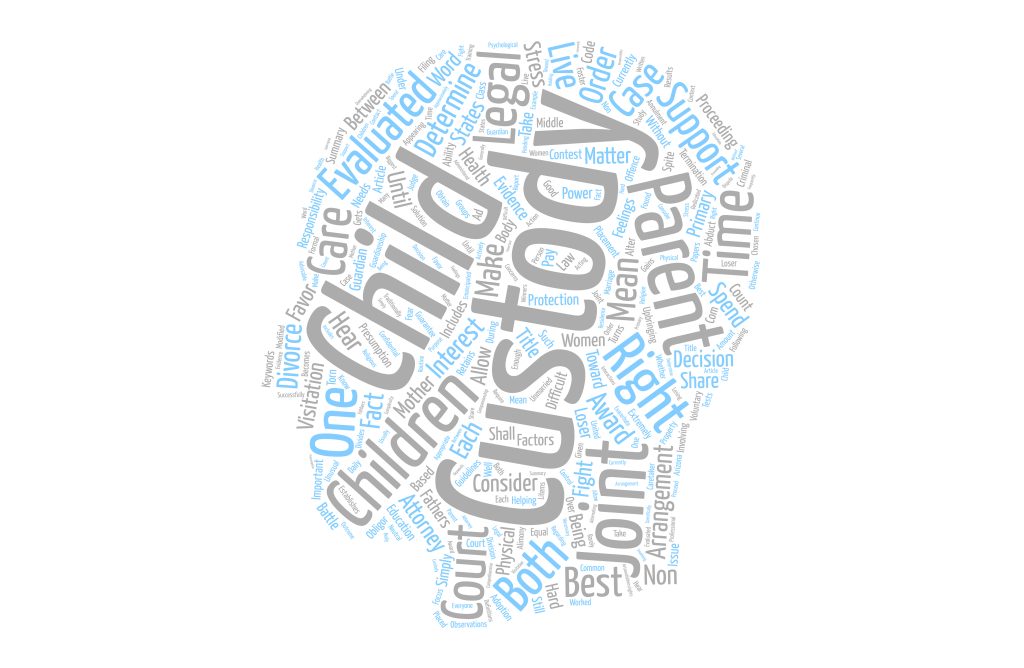 Child custody is an emotionally charged issue. Most parents want to be a large part of their child’s life post-divorce, and feel that retaining custody of the child is an integral piece.

When you hear the term “child custody,” you likely think about physical custody. Physical custody will be established by a parenting plan that will schedule how the child spends time with each parent.

Physical custody comes in two variations: sole custody and joint custody. In sole custody, the child will live with one parent. This type of custody is also usually paired with a visitation schedule for the noncustodial parent, but not always. The court will consider whether time spent with the noncustodial parent will be in the best interests of the child and generally help with his or her development. In Georgia, it is rare for a parent to be awarded sole physical custody unless the non-custodial parent suffers from a mental illness, dependency, or some other circumstance prevents that parent from being a good and safe parent for the child.

In joint custody situations, the child will live with each parent for a defined period of time. The living arrangements can be adjusted to meet the needs of the family. In some circumstances, joint physical custody may not be possible because the parents live too far apart or cannot get along well enough to work together. Joint custody can be equal parenting time, or any parenting plan that works best for the child.

Legal custody does not depend on physical custody. Instead, legal custody focuses on the ability to make vital decisions for the child’s growth, health, and wellbeing. Those decisions include:

Legal custody can be both sole and joint as well. When you have joint legal custody with the other parent, both parents need to work together to make important decisions in their child’s life. Like physical custody, joint legal custody can take many forms. Both parents will have the legal right to make major decisions for the child, but the parents must determine how to make the decision-making process work from a practical standpoint. Georgia law requires that a parenting plan address who will have final decision making authority if the parents are unable to agree.

While you can have either legal custody or physical custody alone, you can also have sole custody entirely. When you have both sole legal and physical custody, you can not only make all of the serious decisions for your child, but your child will also live with you. Even when you have sole custody, the court will often still grant the other parent visitation rights, although visitation may be supervised if the non-custodial parent suffers from an impairment. Again, sole legal and physical custody is unusual, because the basic premise is that a child needs the involvement of both parents to become a happy, healthy, productive member of society.

Getting Legal Help with Child Custody Issues in GA

Clients have come to us and stated things like “I was told I needed to be the custodial parent” without having any real idea what that means. Custody issues are tricky because they are emotional and no parent likes the thought of not seeing his or her child every day. Keeping your cool in disputes can be tough. Having an experienced family law attorney can help you deal with challenging child custody issues, and help you develop a plan that is best for your child. Dan is sought after for his expertise in child custody matters, and is considered one of Georgia State’s finest child custody attorneys. When advising his clients, he is always conscious of how the children are affected by a process over which they have no control. Dan served on the Temporary Protective Order Registry Steering Committee for the Georgia Commission on Family Violence, on the Advisory Committee for the Georgia Domestic Violence Fatality Review Project, on the Board of Directors for the Partnership Against Domestic Violence, and as chair of the Family Law Section of the Atlanta Bar Association. Currently, Dan is on the Advisory Boards for the Emory Public Interest Committee at Emory Law School and the Health Law Partnership at the Atlanta Legal Aid Society and also serves on the Executive Committee of the Family Law Section of the State Bar of Georgia. He is frequently invited to lecture on numerous topics, including t he parenting and custody issues unique to same-gender families.

PrevPreviousCustody Labels – Do They Matter?
NextChildren and Divorce: What the Research Tells UsNext

Communicating with a Co-Parent in the 21st Century

10 Secrets to Manage Your Attorney’s Fees During a Divorce